The sous vide cooking technique is used for preparing all different kinds of foods. Still, it’s probably most famous for cooking steak. Rarely does meat stay so juicy and delicious as when you prepare it with your sous vide cooker.

One of the main reasons people love sous vide so much, especially for cooking steaks, it because it evenly cooks meat from the outside to the center. Compare it to cooking steak on a grill or pan, where you’re applying high heat on the outside and eventually letting the heat reach the center.

On that note, the key step when grilling steak is resting it, because that’s when heat travels towards the center so the meat can cook through. But since sous vide cooking is all about even cooking, does sous vide meat need to rest?

To add to your list of reasons why sous vide is so awesome, sous vide meat doesn’t have to rest all thanks to the precision and circulation methods involved, unless you plan to sear it. Read on to learn more.

Sous Vide Meat: To Rest or Not to Rest?

Many people disagree on this topic. Some say that you should let your meat rest in the bag for a while. That way, it will soak in all the remaining juice from the bag. Other people say that the temperature the meat is resting at isn’t enough for that to happen. But who should you listen to?

The truth is, when you cook steak in the traditional way, you need to let it rest. The meat should be left on the plate for at least five minutes before you start eating.

And why do we even let the meat rest? Because the temperature of the steak isn’t even in all its parts. The core is still a bit cold, while the outer layers are hot – these temperatures will slowly even out while the meat is resting. Then, it won’t lose its moisture while being cut.

But does sous vide meat need to rest, given that the cooking method ensures even cooking throughout the whole process?

Well, if you’ve cooked it at the right temperature and for long enough, there’s no need. Sous vide steaks are cooked more evenly than the traditional ones thanks to the airtight bags, so there’s no temperature difference between the core and the edges. Even after searing, only the outer edges can be hotter than the inside of the steak.

How Long Can You Wait to Sear After Sous Vide?

In this case, you should actually let the meat rest for a few minutes. After you dry the meat (you can use paper towels for that), season it and let it cool for a short time. That will bring it closer to room temperature and enhance the searing effects.

With sous vide meat, searing doesn’t take long and only affects the steak’s outer edges. Some chefs don’t even consider it necessary, but it may give a more delicious texture to the meat and a yummy, brownish crust. You can get that by finishing the steak on the stove or on the grill.

The best practice is to preheat a stainless steel skillet or a cast iron pan. Add oil to the pan, then sear each side of the steak for up to 30 seconds and then repeat. Searing should last no longer than around 90 seconds in total. Make sure you sear the edges, too, for just under a minute.

So, does sous vide meat need to rest? It doesn’t, but if you’re going to sear it, you should let it rest for a few minutes before throwing it on the pan. You don’t need to let the steak rest for 20 minutes as you do if you prepare it the traditional way.

Letting it cool off before you toss it in a hot pan will only make it even more delicious, if that’s even possible. And after searing your steak for three minutes tops, you’re ready to cut, serve, and enjoy the feast. 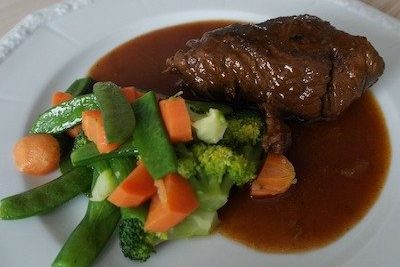 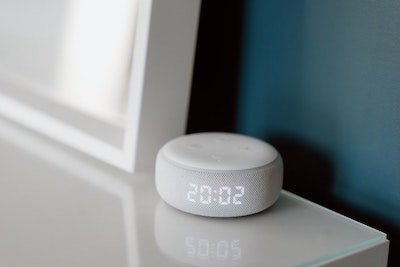 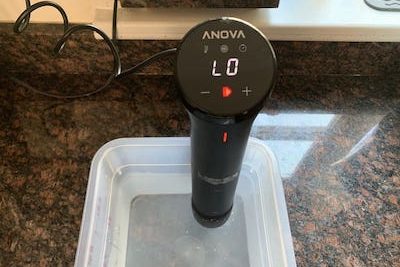 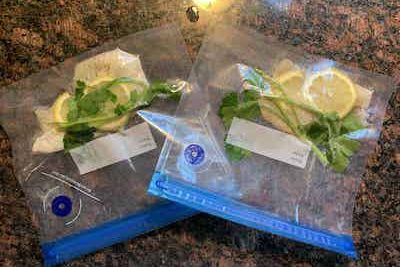 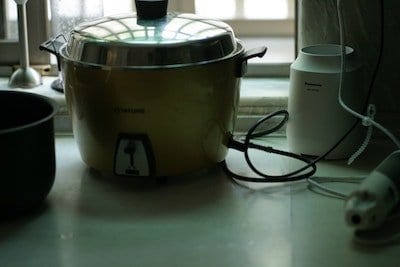