Summer sausage is one of the most popular dried meat products for the holiday season, although its name would suggest otherwise. Popularized in Wisconsin, summer sausage is a perfect fit for a holiday dinner but is a versatile enough ingredient to supplement various foods.

However, many people are unsure about what is actually in this peculiar delight. So what is summer sausage made from? Pork, beef, venison, or some combination of these are the most popular meats used for summer sausage nowadays. Spices can include pepper, garlic, and even coriander, and cheese is another ingredient often added to summer sausage. Read on to learn more about this tasty delicacy.

Why Do They Call it Summer Sausage?

The exact origin of the name is not entirely certain. The summer sausage originated from Germany, and the tradition of making sausages has lasted for hundreds of years.

Typically, the sausage would be made at the end of fall or during winter, when pigs and other livestock were slaughtered. The cold months allowed the meat to dry without going bad.

The curing process keeps the meat from spoiling regardless of the weather, which meant the completed sausages could be stored without refrigerating them. Since they were produced in winter but eaten mostly during summer, the name most likely originated there.

Since there was no refrigeration hundreds of years ago, people needed a steady food supply during the hot summer months, when fresh food would spoil too quickly if left uneaten. Summer sausages and other cured meats became an excellent substitute when there were no alternatives and could be made from a reliable animal supply.

In modern times, the sausages are produced year-round in more controlled environments, and most people probably eat them in winter.

Traditionally, summer sausage is a type of cured sausage made from whatever meat was available at the time. Since meat would spoil if left uncured, sausages and other dried meats were made to last for the upcoming year and make the most efficient use of livestock.

Pork meat was often used, followed by beef and venison, although it wasn’t impossible to find chicken, turkey, or lamb summer sausage. The meats can be mixed together to provide a different taste.

Today, you can find summer sausage made from pork, beef, or a mix of pork and beef or venison.

Apart from the meat, there’s very little that goes into making summer sausage. The meat is ground, seasoned, and cured, then if desired, stuffed into the animal casings (an animal’s cleaned-out intestine) before cooking.

Modern sausages often have synthetic or fibrous casings. Some casings should be discarded after the sausage is opened, but most are perfectly fine for consumption.

The meat used for summer sausage is usually either a mixture of lean pork or beef and fatty pork trimmings or meat cuts with a mix of muscle and fat. If using a single cut, the pork shoulder (anatomically speaking, the butt) is used most often since it has a nice balance.

The sausage’s fat content should be between 20-30%, and mixing lean cuts and fat allows for the greatest precision.

However, these are just general guidelines, and summer sausages can be made from other meat cuts if ground and appropriately seasoned. US laws recognize cured sausages as summer sausages so long as their fat percentage is below 50%, so read the list of ingredients carefully if you want the finest product. The end result will taste slightly different depending on the fat percentage, but it will be appetizing.

Citric acid can be used to mimic the tangy taste of cured summer sausage. It’s sometimes added as a shortcut since it will accelerate the curing process but doesn’t entirely remove the need for adequate curing and smoking.

What Spices Are in Summer Sausage?

Summer sausage doesn’t require a lot of seasoning. Traditionally, salt is mandatory, both to aid the curing process and enhance the rich meaty flavor. Curing salts are necessary to start the production process and keep the meat from spoiling.

Other spices used in summer sausages are ground black pepper, red pepper, mustard, garlic, nutmeg, coriander, or spice mixtures, but even sugar can be a viable addition. Cayenne pepper and paprika can be added for heat, but traditional summer sausages have a milder flavor.

Generally speaking, summer sausage spices can vary depending on how the end product is supposed to taste. Some manufacturers include fewer or more spices to develop a distinct flavor.

The spices are added to the fresh ground meat. Most spices help with the curing process and are most effective if they’re in the sausage meat from start to finish.

The choice of spices for a summer sausage can also depend on the meat used. If you’re making summer sausage at home, you can even find sausage spice mixtures that have the necessary ingredients to provide a solid base to work with.

Making summer sausage is undoubtedly a learning curve. Once you’ve figured out what spices work and what don’t, you can easily adjust the next batch.

Can You Eat Summer Sausage Without Cooking It?

Summer sausage traditionally goes through curing and smoking processes. These will prevent the meat from spoiling and remove any pathogens. Most cured meats don’t have to be cooked to be perfectly safe for consumption.

This doesn’t mean that you can’t put a sausage on to boil or fry it for a short period if you want a hotter meal. However, since summer sausage is often served with cheese and crackers on a platter, they’re best eaten as they are.

While summer sausage can be eaten without cooking it, the same doesn’t apply to other sausages. Always double-check when buying sausages to ensure you’re preparing them according to the instructions on the label.

Can You Eat Summer Sausage Casing?

Summer sausage casings come in many forms. Traditionally, casings were made from the animal’s small intestine, mostly pork or beef, and usually from the same animal butchered for the meat.

Natural casings tend to give the sausages a slight (or even a severe) curve, and the curve is usually the fastest way to determine if the sausage has a natural casing.

Pig intestines are most commonly used in Europe and America, although beef or other animals (even horse) can be an alternative. You can often find peeled and dried pork intestine in dedicated butcher’s stores.

Other types of casings are often less edible. The most common synthetic casing for summer sausage is made of collagen. The collagen is processed and extruded into a hollow casing, which is then filled with the cured meat for smoking. There are four common types of collagen casing: fresh, processed, rounds, and middles. The latter two are used for summer sausage and are eatable but not edible.

Cellulose casings are made from plant material and are a vegetarian-friendly alternative (although the rest of the sausage won’t be vegetarian anyway). These casings generally aren’t bad for you, but our digestive systems won’t be able to process them in any way.

If you happen to eat some of the casing with the sausage, don’t worry. Summer sausage casings are safe to eat, although they aren’t remotely nutritious and might taste strange.

Does Summer Sausage Have to Be Refrigerated?

Once cured and smoked, the meat in the summer sausage develops bacterial growth very slowly and can be shelf-stable for a few years. The combination of spices and the production process allows it to last longer, and the longevity is what gave it the name.

This, however, doesn’t mean that you won’t need to refrigerate the summer sausage. While unopened dried sausage can be safely stored outside the fridge (in a dry, dark, and climate-controlled environment) for a few weeks, refrigerating or freezing them allows them to keep for months at a time or even the entire year without worrying about spoilage.

Additionally, summer sausage is often served cold and with other cold foods such as cheese or salads. Keeping them in the fridge even before being opened will allow you to get the perfect serving temperature.

If kept in the freezer, unopened summer sausage will never go bad. However, after six or more months, it will probably lose most of its taste and won’t be enjoyable to eat.

If you’re wondering what summer sausage is made from to warrant such a long freezer life, the answer lies in combining the curing process and cold temperatures. A freezer set to 0°F will keep these sausages indefinitely.

Summer sausage is made with protective casings that slow down bacterial growth and safeguard the meat from spoiling for longer than fresh meat.

If you’re storing unopened summer sausage in the pantry, it can last for four to six weeks, depending on the temperature and moisture.

Summer sausage can spoil even while unopened if it’s in damp or hot storage spaces. Putting it in the basement or pantry will give it the most chance to last longest, although it won’t be comparable to a fridge or a freezer.

Once opened, summer sausage doesn’t last long outside. As soon as the protective casing is off, the meat is introduced to the air and will start to spoil relatively quickly. After opening a summer sausage, it’s best to keep it in the fridge or freezer.

How Long Will Summer Sausage Last in the Fridge?

If unopened, summer sausages can last for quite a while in the fridge. Most types of summer sausage will keep at the best quality for about six months in the refrigerator. After that, the taste might be a bit off, losing some of its attractiveness.

Unopened summer sausages kept in the fridge can be safe to eat even slightly after their best before date.

The curing and smoking process does an excellent job of slowing bacterial growth and keeps the meat safe for consumption for the longest possible time.

When opened, the summer sausage needs to be kept in the fridge to remain safe to eat. It can keep for at least two to three weeks. However, sausages can last longer than a month if your fridge is especially cold and the sausage is high-quality.

Homemade sausages don’t come with specific instructions and refrigeration times, so it’s usually best to stick to the recommended two to three weeks.

Spoiled summer sausage will have an odd smell, appearance, or color. If it’s are slimy or soggy or has visible mold, it’s best to discard it entirely.

Can Summer Sausage Be Frozen?

Summer sausage can be frozen. Freezing suspends bacterial growth and keeps the meat safe to eat for longer. If unopened, a summer sausage might even last indefinitely in the fridge, provided it’s set to 0°F or a lower temperature.

However, I don’t recommend keeping unopened summer sausage beyond 10 months in the freezer. The longer the meat stays in the freezer, it will lose more taste and be less appetizing to eat. Besides, this treat is often eaten within days of opening, making the freezer option all but superfluous.

If you’ve dug out an old summer sausage from the fridge, you can usually notice if it has spoiled by a funny smell or color.

Now that you know what summer sausage is made from, you can pick your favorite meat and spices to enhance your next dinner party or have this delicious treat for breakfast or dinner.

Summer sausage pairs well with cheese and crackers, but you can even eat it with some tomatoes and eggs as bratwurst or other fresh sausage replacement. 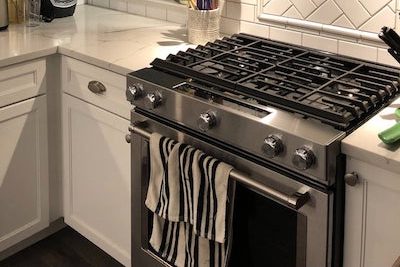 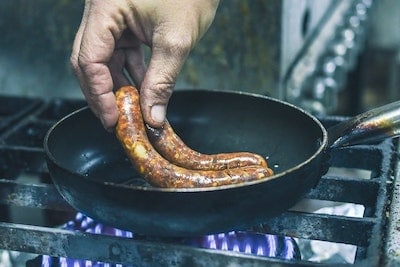 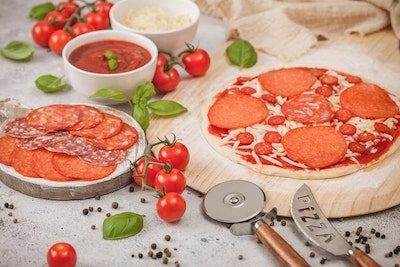 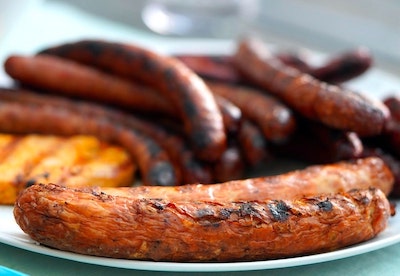 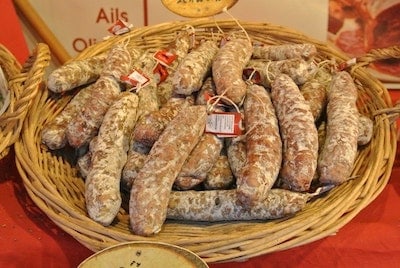 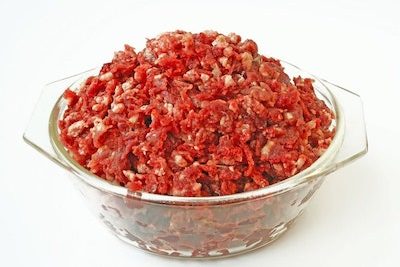