If you’re new to sushi and want to know the basics of what it’s all about, you’re in the right place.

Read on to learn about what sushi is exactly, what types of sushi there are, and a dive into its common ingredients – raw fish, rice, and seaweed.

Sushi is a dish that originates from Japan, and its main ingredients consist of raw fish and vinegared rice (called sumeshi).

There are a few different styles of sushi that vary in how the fish and the rice are presented together. For example, the sushi most people know about, called maki, is seaweed that’s rolled around the fish and rice.

See the table below for a look at the different types of sushi.

Maki is a roll of sushi that’s cylindrical in shape when it’s first made and is then sliced. It consists of raw fish, vinegared rice, and any other ingredients rolled up in seaweed.

Uramaki is the “inside out” version of maki. The rice makes up the outer layer (which can also have toppings like panko on it), with the next, inner layer being the seaweed that’s wrapped around the fish and other ingredients.

Temaki is also referred to as a hand roll. It’s a fairly large cone of seaweed that’s stuffed with rice, raw fish, and other ingredients (think an ice cream cone).

Nigiri, which means “two fingers,” looks just like the name suggests. It’s a small roll of rice shaped in a rectangle that’s topped with a single piece of raw fish.

This type of sushi doesn’t use seaweed (click here to learn about other types of sushi that don’t have seaweed).

Sashimi is nigiri without rice. So in other words, it’s a single piece of raw fish.

Chirashi means “scattered” and is basically a sushi bowl, where all of the sushi ingredients are served deconstructed in a bowl.

Although today, you can find sushi with just vegetables (like cucumber, avocado, or even sweet potato) or even with fried shrimp or other seafood (generally called tempura rolls). And if you make it yourself, you can really put whatever you want in it!

You can’t just use any type of fish for both health and taste reasons. Here are some of the most common types of fish (and other seafood) used for sushi:

Is Sushi the Rice or the Fish?

Believe it or not, the word “sushi” is actually referring to the rice, not the fish.

It translates to “sour tasting,” which refers to the specific way that rice is prepared with vinegar to make sushi.

What is Sushi Rice?

Really only this type of rice is used to make sushi because of its sour flavor, sticky consistency, and firm texture, which are ideal for constructing sushi and pairing with the flavor profiles of its key ingredients.

Is Sushi Made with Seaweed?

The more common types of sushi like maki and uramaki are made with seaweed, called nori. You’ll also find nori in temaki and chirashi bowls.

Nori is dried seaweed that, despite its dark green color, actually comes from red algae.

It’s purchased in large sheets that are toasted, then used to wrap the raw fish and other ingredients in sushi and adds a distinct flavor of the sea into each bite.

Hopefully this article answered your questions about what sushi really is and familiarized you with the types of sushi you can get and the key ingredients used to make it.

Be sure to check out my other articles that dig deeper into sushi making and address some common questions! 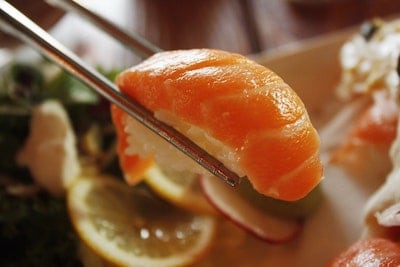 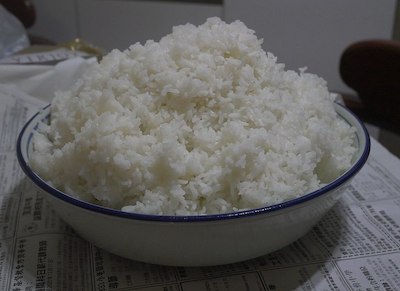 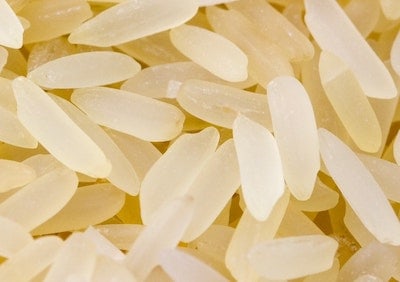 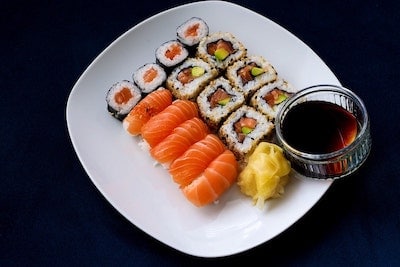 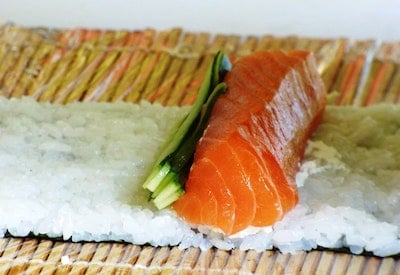 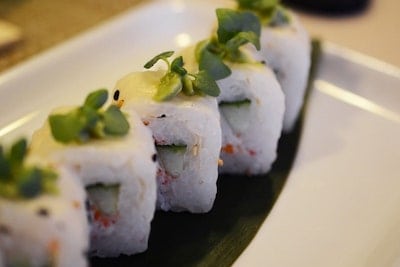