Serrano jam gets its unique flavor from the air-drying and curing process.

Since it’s prepared like this, we don’t have to worry about cooking it any further. From the moment you bring it home, you can slice it thin and enjoy it with some cheese and a glass of wine.

But there are some great recipes out there that involve cooking serrano jam, and one of the creative ways of doing so is frying it.

So, can you fry serrano ham? You certainly can, and I’ll tell you how here and also what you can pair with this delicious delicacy.

Can Serrano Ham Be Fried?

Serrano ham can most certainly be fried or cooked.

However, many people would strongly disagree with that statement, as the meat is specially cured and air-dried, with the process lasting for several months.

To keep the pigs’ legs fresh for up to two weeks, they are trimmed, rinsed, then coated in salt. The salt is eventually washed away as the ham must be sweet.

The legs are then hung to age for a period, ranging from a few months to several years. But on average, Serrano ham takes around nine months to mature.

For that reason, some would consider frying Serrano ham as a crime, especially those of Spanish descent.

However, most people consume it raw because it has been long cured.

How Do You Fry Serrano Ham?

But you can put it in a sandwich or eat it with some cheese, vegetables, and herbs.

You can even fry it if you want to sample a new flavor. Fried ham is delicious as a snack!

Depending on your preferences, there are many ways to fry Serrano ham. One of the most traditional methods is frying it in oil, butter, or lard.

To start the cooking process, follow the simple instructions below:

If you don’t want to fry big cuts of the ham, you can cut it up into small cubes.

Then, fry it on medium heat, occasionally stir with a wooden spoon until it’s nice and crispy, and then serve with some scrambled eggs and toast.

In terms of cooking methods, you can fry any kind of ham.

You’ll want to use heated oil, butter, or lard. This will create a ham dish with a crispy brown exterior and juicy, tasty meat in the middle.

Here are a few tips you should consider to ensure that you can truly enjoy this delicious cured meat fried:

How to Serve Fried Serrano Ham

Serrano ham can be served with different ingredients like cheeses, olives, vegetables, herbs, fruits, and alcohol.

But when you fry it, it’s best to just stick to the main sides in your fridge. Since the ham by itself has a very distinctive taste, it’s much better to enjoy it as a simple dish.

It pairs perfectly with:

So, can Serrano ham be fried? Yes, it most definitely can! This delicious cured meat can be eaten in many ways.

Although many people prefer to eat it raw, that doesn’t have to be the case. If you’re a connoisseur of fried foods, Serrano ham can be your new adventure into the world of fried meat.

Slice it the way you want, add a little oil or butter, and fry away. Rest assured. You won’t regret it. 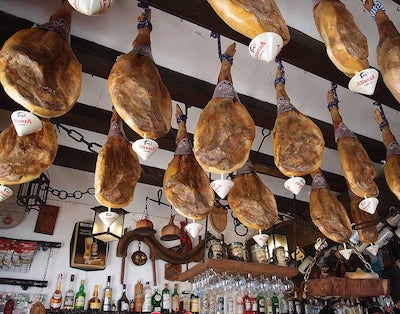 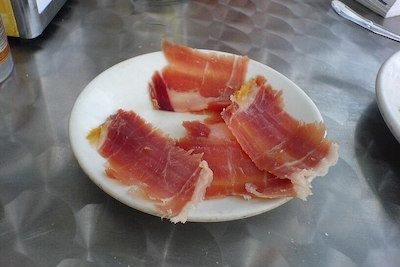 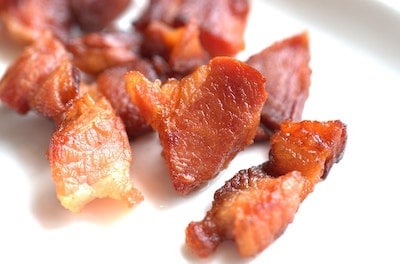 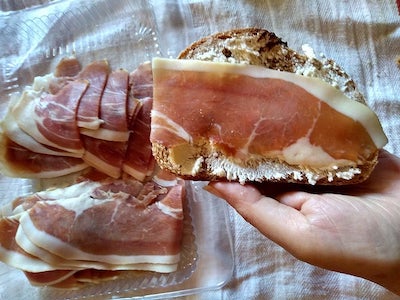 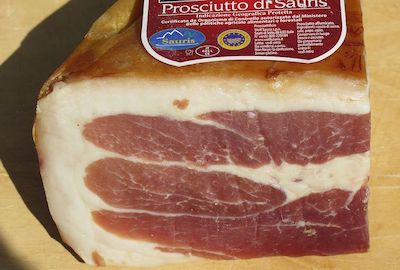 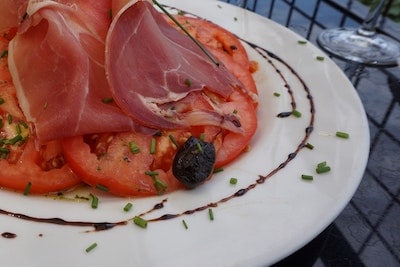