Venison is an excellent source of protein, known for its leanness. However, if you want to make venison sausages, the low-fat content presents a problem.

In this article, I’ll tell you everything you need to know about adding fat to make delicious venison sausages. Keep reading to learn more.

What is Deer Sausage Made Of?

Deer meat can be used to make steak, roast, burgers, stew, jerky, and of course, sausage.

You can customize your homemade venison sausage to your taste, but you need several essential ingredients.

As mentioned, deer meat is pretty lean, so you will need to add fat, some liquid, salt, pepper, and herbs of your choice.

This will prevent the added fat from clumping and ensure that the casing doesn’t break once the sausage hits the hot pan.

What Part of the Deer Is Used for Sausage?

An experienced venison sausage maker will likely tell you that every part of the deer is great for sausage.

However, just because deer meat offers plenty of versatility, it doesn’t mean some parts of the animal aren’t the best option.

The rump and the legs are the best cuts to use for deer sausage, although flank, shoulder, neck, and shank are great options as well.

In other words, the only part of the deer you might want to avoid is the backstrap or the loin because it tends to be the leanest.

Ultimately, 100% venison sausage is a rare find. If you’re a hunter and managed to secure a deer with excess fat, you might be in luck.

If you’re buying meat for venison sausage from a butcher, however, you’ll likely get it mixed with pork fat already because it’s the standard practice.

There is one exception to this, though. If you’re insistent on not using added fat to venison sausage, adding vegetables is an alternative.

Naturally, vegetables aren’t fatty, but they do contain a lot of moisture.

Veggies will add more flavor as well. But this approach has its downsides.

If you want to freeze the sausages and cook them later, you won’t have the same moisture level. Frozen vegetables don’t have as much moisture as fresh.

A workaround solution is to use mushrooms, for example, as they tend to freeze better. Another option is adding liquid such as water, wine, or beer during the cooking process.

It’s important to mention, too, that if you want 100% venison sausages, you’ll need to use a binder such as non-fat powdered milk to keep the mixture together.

How Much Pork Fat to Add to Venison Sausage

Without question, the most common kind of fat added to deer sausage is pork fat.

Back fat is the optimal choice, as it contains more fat than pork belly, but both are equally common.

Fat is what makes the sausage juicy and serves as an emulsifying agent. Low-fat sausages might sound great in theory, but they are rarely as tasty as those with at least 20% fat.

While you can be flexible with the meat to fat ratio, some guidelines are helpful.

For those of you wondering exactly how much pork fat to add to venison sausage, the standard ratio is 80% venison and 20% pork fat. You can go above 20% if you want the sausage to be as succulent as possible, but everything over 50% might be too fatty.

Can You Use Beef Fat for Venison Sausage?

You might be considering beef fat instead of pork fat for deer sausage. It’s a cheaper alternative and also a good alternative if you don’t consume pork.

So yes, you absolutely can use it for your venison sausage, but there are things to keep in mind before you do.

That’s not the case with beef fat. Your venison sausages will taste, well – beefy. You might be perfectly fine with that, but it’s essential to know this fact beforehand.

Also, pork fat is generally softer and cooks better than beef fat. It has a higher melting temperature than pork fat as well.

They differ in color too. Pork fat is white, and beef fat has a yellowish hue. In terms of the sausage’s appearance, pork fat is a preferable choice as well.

If you’re wondering how much beef fat you should use in venison sausages, the answer is the same as pork fat, around 20%.

Tips and Tricks for Making the Best Venison Sausages

Sticking to the optimal pork fat ratio is crucial if you want to enjoy delicious deer sausages. However, there are other lesser-known tricks you can apply for the best possible outcome.

First, make sure to grind the deer meat finely. Unless you do, it’s likely going to be too chewy, which can ruin the entire experience of making homemade deer sausage.

Also, while it may seem like an insignificant step, adding the meat binder will make a world of difference when it’s time to cook the deer sausage.

The casing you choose will impact the final product too. Sticking with natural is the best way to go, whether you use hog or beef casings.

Finally, if you’re unsure which herbs to mix with venison, consider bay leaves, rosemary, and sage. All of them have a distinct flavor that combines perfectly with gamey-ness venison sausage.

We’ve established that there is no definitive answer to the question of how much pork fat to add to venison sausage – you can use anywhere between 20% and 50%.

When you’re making deer sausage at home, you’re the one who decides.

If you prefer leaner sausages, consider adding less pork fat and more vegetables, for example. However, if the sausage’s fattiness is what you love most about it, then 30% or even 40% of pork fat will do the trick.

Remember to grind the venison finely, and to use a sausage binder as well, because you’ll have the tastiest venison sausage you can have for any meal. 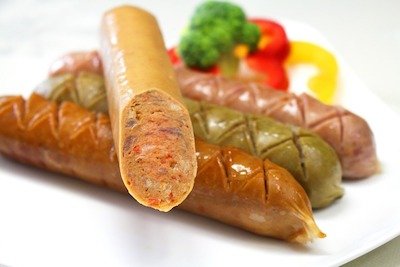 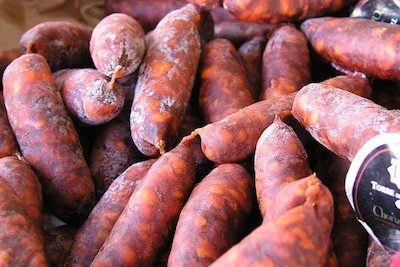 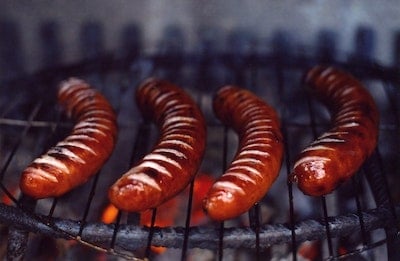 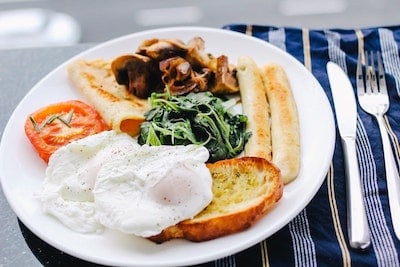 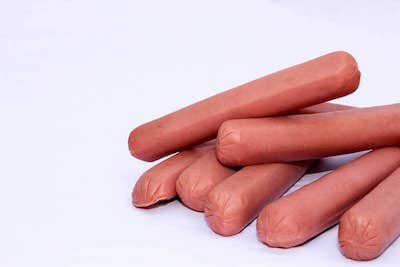 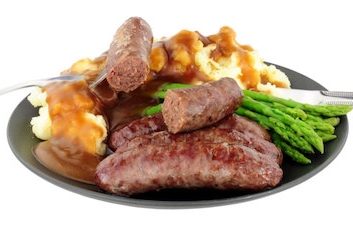