Stacking dry sausages, especially pepperoni, on top of your pizza can make a world of difference.

Many people enjoy pepperoni for its excellent blend of spiciness and sweetness. However, its greasiness can be a drawback, especially when it seeps through the pizza dough.

Pepperoni is so greasy due to the fat used to help the ground meat stick together.

In this article, I’ll answer the question – why is pepperoni so greasy? I’ll go over what makes pepperoni greasy and what you can do to make it and your pizzas less oily.

Pepperoni’s greasiness comes from the fat added to the meat during the production process.

The sausage is made from cured pork or a mixture of pork and beef. Depending on the cut, these types of meat contain relatively low levels of fat.

When the leaner and fat-rich cuts of the animal are removed, the leftovers are used to make the sausage.

As the leftovers usually don’t hold a lot of fat, more fat is added to improve the texture and flavor.

The fat makes the final product more tender so that you can easily slice it into thin pieces and cook it without making it too crisp.

An alternative option is turkey pepperoni. It has lower fat content than pork-based and beef-based pepperoni.

However, if you don’t want to give up the signature flavors of traditional pepperoni, it’s essential to know how to degrease it.

How to Make Pepperoni Less Greasy

Knowing how to make pepperoni less greasy will turn cooking the sausage into a stress-free experience.

Not only will you stop the meat from curling, but you’ll prevent it from turning into little pools of hot grease.

Though pepperoni comes ready-to-eat and you don’t have to cook it, a helpful tip is to precook your pepperoni before using it for a recipe.

The first method you can try is by using a microwave.

First, take a plate and cover it with paper towels or napkins.

Next, cut up your pepperoni, arrange the slices over the towel and put another napkin over them – microwave the plate for about 30 seconds.

Let your pepperoni cool for a bit, then use the top napkin to absorb any fat that’s come out.

Keeping the meat in the microwave for too long might cause it to lose its flavor and become too firm.

If your recipe requires the dish to go into the oven, ensure that you don’t overcook the pepperoni.

If you’re not keen on microwaving the slices, you could try boiling them to reduce the fat.

To use this method, fill out a pan with water and bring it to a boil.

Next, add your pepperoni to the pan and wait for around half a minute. When you see the fat mixing with the water, fish out the pepperoni and dry with paper towels.

You won’t have to dab too much to remove the fat since most of it will come out in the pan.

These two methods will keep the pepperoni soft and tender so that every bite will be as chewy as the next.

However, frying the pepperoni is the way to go when you crave something with a little more crispness.

Place a skillet over medium heat and throw in the pepperoni slices. After two or three minutes, the pepperoni will release most of its grease into the skillet, so you can move them onto a paper napkin to absorb any leftover fat.

If you’re afraid of losing track of time and overcooking the sausage, you can leave it in the skillet until it starts to sizzle. It’s a sign that some fat leaked out, and the slices still have their soft texture.

Finally, if you’re preheating the oven, you can use that as an opportunity to spread out the pepperoni on a baking sheet and slide it in to warm up.

You should remove the batch from the oven as soon as you notice tiny greasy beads forming on the meat’s surface. Let the batch cool down before you tap it with a paper towel.

Baking pepperoni in the oven for more than one or two minutes will leave you with crispy pepperoni chips.

You might like this if you’re hungry for a quick meaty snack, but crisp slices don’t make a good pizza topping.

Pizza becomes greasy due to the fat and oil present in the toppings.

When baked at high temperatures, cheese and meat products release fat while the oil leaks out of vegetables.

The combination of fat and oil is too much for the dough to absorb, so the mixture creates thick rivers of grease coming down your pizza slices.

Pepperoni alone doesn’t make pizza greasy, but when it’s paired with dairy products and vegetables rich in fat and oil, it transforms the crust into a warm and sticky mess.

Precooking your pepperoni batch won’t always stop grease from pooling at the bottom of your pizza, especially if you like to pile on many toppings.

Luckily, you can take a few steps to try and do away with the excess fat and oil.

You could try switching up your cheese and go for an option with less moisture and fat.

Many people enjoy covering their dough with some delicious mozzarella but rarely look into the kind of cheese they’ve been buying.

You can get several types of mozzarella, and knowing how much moisture and fat they contain will help you pick the best one to keep the grease at bay.

The three most common options are:

The whole milk version has the most fat, while part-skim cheeses store less saturated fats, calories, and sodium.

Reduced-fat mozzarella has the least fat, but it’s moister than other varieties, which might not work if you plan on using a thinner crust.

Remember that low-fat cheeses take longer to melt, so the final pick depends on personal preference.

Generally, it’s best to look for whole milk cheeses with reduced moisture; they melt nicely and don’t release much fat onto the pizza.

The less you bake the pizza, the less grease will appear. So you’ll need to up your baking temperature to bake the pizza more quickly.

Opening the oven will slow the process because heat will escape the oven, slightly lowering the temperature for a brief time.

If you’ve got a pizza stone, always use it for baking the pizza. It’s excellent at trapping heat, distributing it evenly, and capturing excess moisture.

Finally, check out your crust thickness if you prefer to eat homemade pizza.

When you’re a minimalist when it comes to toppings and only sprinkle one or two types, a thin crust will work just fine.

However, mixing different sauces and condiments requires a thicker crust that can absorb the moisture and grease leaking from the toppings.

Also, when preparing your dough, make sure that you don’t roll it out too much.

Now you know why pepperoni and pizza can become so greasy.

Hopefully, this article has given you some helpful tips to keep the fat and oil out of your favorite topping, so no liquid should be dripping off your pizza slices.

Use one method I mentioned or combine several to get the best results depending on your preferences. 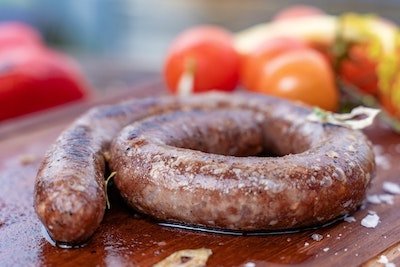 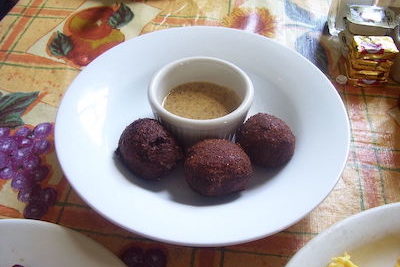 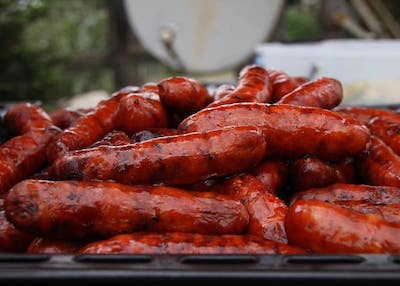 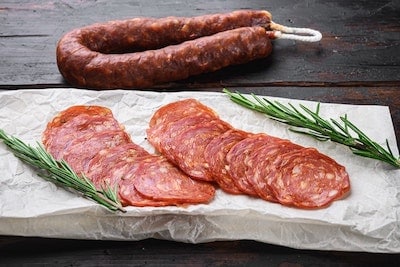 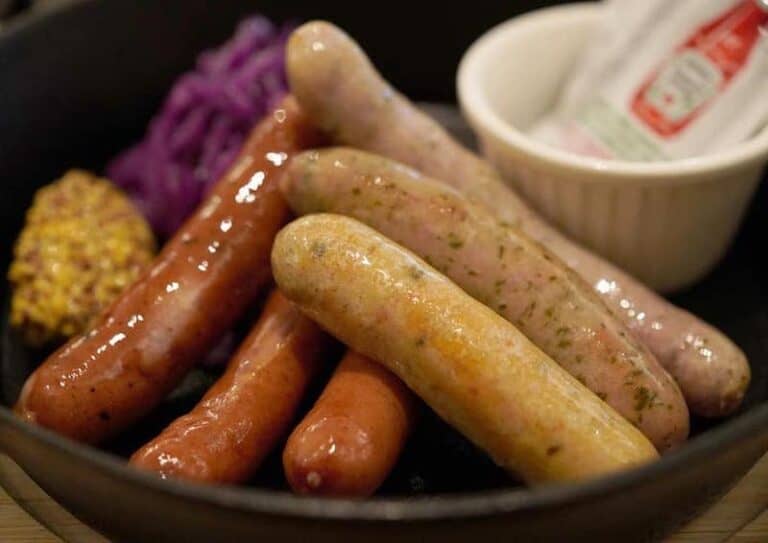 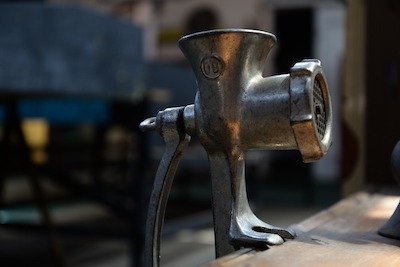